Description of the Nordic Museum

The Nordic Museum (Nordiska muséet), located on Djurgården in central Stockholm, displays the cultural history of Sweden from the 16th century until today. The collections include enormous amounts of objects like furniture, clothes, house hold-objetcs and other things reflecting a 500 year period.

The museum was founded in 1873 by Artur Hazelius (1833 – 1901), a Swedish teacher and folklorist. Initially called the Scandinavian Ethnographic Collection, the museum changed name to the current ‘Nordiska Muséet’ in 1880. Hazelius was also the founder of Skansen, the worlds first open air-museum, established in 1891. Skansen is located in front of the Nordic Museum.

The museum building was completed in 1907, but it was originally planned to become three times the actual size. The magnificent main hall is dominated by an enormous scultpure of King Gustav Vasa, the so called founder of Sweden. The Nordic Museum in Stockholm, seen from the Kaknäs Tower. Source: Wikipedia A plate from the 17th century. Photo by Mats Landin, © Nordiska museet

Djurgårdsvägen 6-16 (next to the
Djurgården bridge).
See map below. 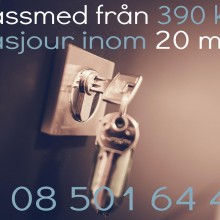 About the Vasa Warship Museum