The royal warship Vasa, built for King Gustavus Adolphus of Sweden, capsized just minutes after leaving Stockholm (The Old Town) on her maiden voyage on 10th of August 1628. More than 300 years later Vasa was removed from the water in 1961 and is on display at the Vasa Museum in central Stockholm.

Why did Vasa sink? Obviously Vasa had a stability and center of gravity problem, factors that were pretty hard to calculate at that time. One reason for this was that the King wanted even more guns on this ship than according to the original plan. This was not compensated with more ballast, creating the fatal instability.

Soon after her sinking, most of the valuable bronze cannons were recovered by divers who at them time used diving bells.

1961 the ship was lifted to the surface through a complex constructions of lifting pontoon, and sent to a dry dock. Since that moment, the conservation of the wood has been a challenge.

Ferry: Ferry to Djurgården from Slussen

Posted in Sevärdheter i Stockholm, Stockholm 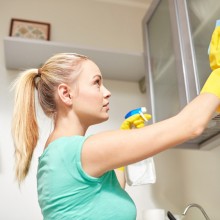 Posted in Shopping i Stockholm, Stockholm